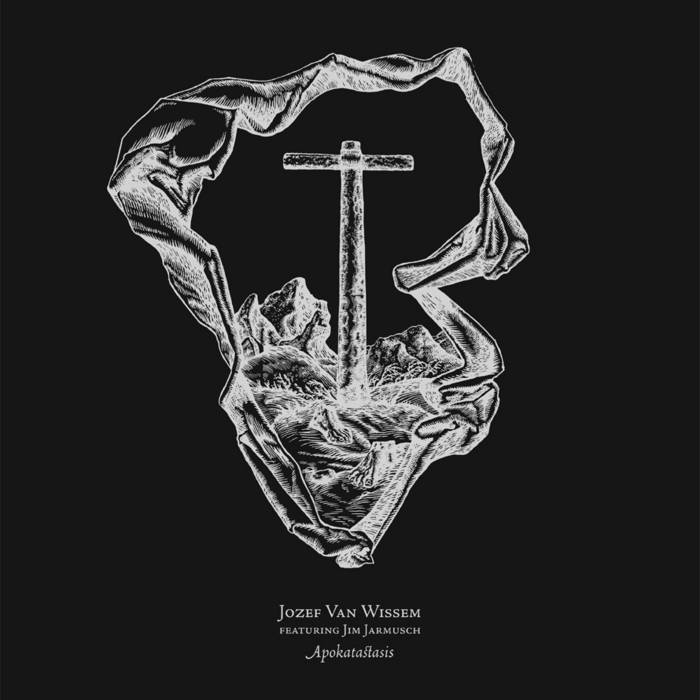 When 15 Questions asked Dutch lutenist Jozef Van Wissem for his opinion regarding the tasks that face a composer today, his response was blunt. “The task of any composer or artist is to change the world by great art. Most artists are not political however. They don't care. And that's a goddamn shame.”

It seems like a very 20th century response, spoken by a man who favors a 16th century instrument. Van Wissem might have just been learning his letters during the upheaval of 1968, but he is the right age to know people who lived it. He is certainly old enough to have lived through, and been touched by, punk; before he devoted himself to learning the lute, he spent years running a punk rock bar. In the 20th century, the world seemed as ripe for change as it was in need of it, and artists as diverse as Bertolt Brecht, Mark Rothko, and Joe Strummer thought that art might lead the way. In this century, it’s hard to find an aspect of art that hasn’t either been neutered by commodification or been sidelined into a niche that cannot make a sound loud enough for the mainstream to hear.

Liberating the Lute
Neither option suits Van Wissem. He rejected his place as a cog in capitalism’s wheel when he sold his bar and moved to New York to study the lute. He decided to be a contemporary artist rather than a mere purveyor of nostalgia when he abandoned the traditional lute repertoire and began composing his own music. And he has consistently agitated against obscurity and irrelevance by cannily leveraging his associations with avant-garde musicians like Tetuzi Akiyama and Maurizio Bianchi into a position of visibility within the international outsider music scene, and his acquaintance with some people from Mills College into a gig composing music for the Sims Medieval video game. He has plenty of beefs with the 21st century, but he’s not waiting for it to notice him. Filmmaker Jim Jarmusch, who has used Van Wissem’s music in an upcoming movie and played guitar on four of his recent albums, including the one under consideration here, is a powerful new ally in Van Wissem’s ongoing campaign to infiltrate both art and pop culture in order to get people to take his marginalized instrument, and his strong opinions, seriously.

Liberating the lute is not all that is on Van Wissem’s mind. He recently explained how his choice of instrument expresses his politics of refusal in a recent interview with Signal to Noise magazine: “I think that in general it is a political thing for me, to play this instrument. It’s anti-computer age, anti-stuff you don’t need, anti-everything that’s wrong with this society nowadays.” And he doesn’t want to just clear the bad stuff away; he has something else in mind. The more records Van Wissem sells, the more emphatically he confronts the people who buy them with Christian and pre-Christian mysticism.

Titles as lyrics
Apokatastasis, a self-released collaboration with Jarmusch, is completely instrumental. Van Wissem uses his song titles to communicate what others might sing; here, they propose the myth and mysticism of past centuries as vehicles for rejecting a present he finds repugnant. The album’s title refers to a restoration to an original state of balance. Greek Stoics anticipated that apokatastasis would come when a planetary alignment provoked a universal conflagration; for some early Christians, the word expressed the concept that in time all creatures of free will, even those who had lost their souls, would be restored to God’s grace. In other words, society’s down and outers had as much claim as its top dogs on union with the divine. Van Wissem has it both ways, although his titles give more weight to the Christian perspective. One of the album’s pieces is entitled “Arcana Coelestia;” study your stars well, so that you might know when it’s all going to end. Two more directly reference the apocalypse, and a third, “Hetoimasia,” refers to the throne of the second coming. Yet another track is entitled “He Is Hanging By His Shiny Arms, His Heart An Open Wound With Love.” Lest you miss the point, a silver cross is silkscreened on the front cover of the LP, a 'drawing by Wouter Vanhaelemeesch, and the back sleeve sports a photo of Van Wissem playing one of his lutes in front of a crucifix. His faith, however, should not be confused with commercially corrupted, politically repressive institutional Christianity. His beefs against consumerism and his peripatetic lifestyle (he tours incessantly in both Europe and the USA) cast Van Wissem as a wanderer, not a joiner. The video that accompanies “The Sun Of The Natural World Is Pure Fire,” a track from his previous album Concerning The Entrance Into Eternity, links the music’s mystic aura with a luxurious homoeroticism no church these days is willing to countenance, any more than they would the S&M trappings of Tilda Swinton’s recitation on The Mystery Of Heaven’s “The More She Burns the More Beautiful She Glows.” I suspect he’d have more in common with the serpent than Eve, and if subjects are anything to go by, he has a vested interest in the Apokatastasis’s outcome.

In 2012, Van Wissem released two collaborative albums with Jim Jarmusch, and much of the press he got mentioned his work on Jarmusch’s upcoming vampire movie, Only Lovers Left Alive. The vinyl version of Apokatastasis restores another balance by bringing his solo work back into the spotlight; one side comprises three solo lute pieces, the other, collaborations with Jarmusch. Still, it’s a quiet gesture. Released on Van Wissem’s own Incunabulum imprint, it’s much lower profile than his Sacred Bones’ release, The Mystery Of Heaven. You must either attend Van Wissem’s concerts or frequent his website to know that it exists. Add to that the fact that one track is an instrumental alternate take of Mystery’s “He Is Hanging By His Shiny Arms,” and another is a piece that Jarmusch assembled in part by looping fragments of another of that album’s tracks, “Flowing the Light of the Godhead,” it might be tempting to dismiss this record as a money-churning effort, a fancy version of the tour CDRs you’ve seen on dozens of merch tables. But listening should dispel that impression.

Three dimensions of solo music
Side one crystallizes, in just over 12 minutes, the three dimensions of Van Wissem’s solo music. It is dominated by “I Have So Much More To Tell You But You Cannot Bear It Now,” on which several lute tracks rush up the same pattern and back, like ballet danced upon a staircase. Fleet and bright-toned, it suggests emotions at odds with the title’s rue. Whatever the reason for withholding what he wants to say, it fills his music with joy. “Lux Divinitatis,” on the other hand, is as stark and delicate as a spider web. It likewise steps up and down a path, but this time the path is so short that the piece seems to hang in place like a spider web in a slight breeze. “Arcana Coelestia” returns to the first piece’s propulsive cadence, but with a heavier bass pulse that feels as inevitable in its progress as the titular celestial bodies. Combined with bright overtones, that pulse imparts the trance state that can make a listen to Van Wissem’s music feel like a step down a side passage into an altered state.

“Apocalypse Revealed,” the record’s first duo track, breaks that trance as cruelly as an uninvited vision of death on a holiday morning. Its construction is so unlike most of Van Wissem’s music that one suspects that Jarmusch assembled it himself. It opens with an echoed guitar loop, which bobs in ripples of similar loops until a peals of feedback and reverb cut across the music like shark’s fins across placid water. Van Wissem plays a Burns Double Six 12-string electric guitar that he picked up after he began working with Jarmusch. On “The Flowing Light Of The Godhead,” a track on Mystery that moves like slow-flowing lava, he uses it to match the American guitarist’s facile feedback manipulations; here, pieces of that track are stitched together to create something more like a recording of nighttime birdsong

“Hetoimasia” pairs a familiar Van Wissem progression with slow beams of electric guitar that thread through the lute’s woody tones like a big, hungry constrictor pushing its way through the rain forest. Then comes another repurposed piece. “He Is Hanging By His Shiny Arms, His Heart An Open Wound With Love” appears on Concerning The Entrance Into Eternity as a setting for Jarmusch’s recitation of St. John of the Cross’s meditation on the crucifixion. With the words removed and Jarmusch’s acoustic guitar pulled up in the mix, it’s lilting and beautiful, revealing the joy behind tragedy. “Apocalypse Explained” is slower-paced pairing of palindromic lute figures and snaky feedback; it ends the LP with a note of doom. But if you opt for the CD instead, there is a bonus track called “Hymn To The Earth” that lets loose the darkness with a delicate guitar piece. Van Wissem picks out a fragile melody on his 12-string and Jarmusch responds with rustic strums; perhaps the balance that Apokatastasis promises is really behind man and earth?

So how much will an LP pressed in an edition of 500 and sold mostly to record collectors change the earth? On its own, it won’t. But it is pretty great, and in its images of beauty, darkness, and rapprochement between sundered parties, it offers an image of how Van Wissem might like the world to be.

Semiratruth joins the show to discuss their latest release, "loading..".