Concerning The Entrance Into Eternity 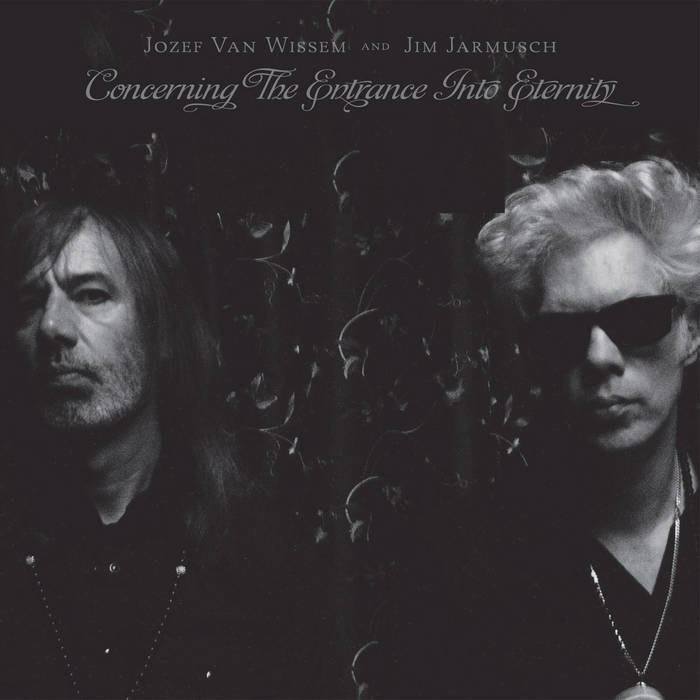 Jozef Van Wissem's self-proclaimed "liberation of the lute" has always been a process of inversion. In fact, the songs on his very first release, 2000's Retrograde Renaissance Lute (A Classical Deconstruction), are literally inverted. He took traditional lute tablatures and rewrote them upside-down, then cut up and rearranged the results to form new compositions. Since then, Van Wissem has continued to invert his baroque instrument in order to be, as he told us earlier this month, "a lute player with a punk rock attitude." He's written musical palindromes (melodies which sound the same played forwards or backwards), delved into experimental techniques like field recordings and improvisation, and collaborated with modern-styled string players such as James Blackshaw and Tetuzi Akiyama.
Those players dip into classical styles themselves too, but the musical mindset of Van Wissem's latest collaborator, Jim Jarmusch, was formed in the punk-drenched milieu of late-1970's New York. There the now-famous indie film director played keyboards and sang with the no-wave band the Del Byzanteens and shot no-wave films starring musicians like John Lurie and Richard Edson. Which makes the pair's debut album the first full release Van Wissem has made with an actual punk rocker. (Jarmusch added guitar to one track on Van Wissem's 2011 solo album, The Joy That Never Ends).
Such a meeting of divergent backgrounds could result in a kind of tonal car crash, but Jarmusch easily and compellingly weaves his playing into Van Wissem's era-bridging craft. At times their sounds connect like rhyming lines of poetry; in other places, like opener "Apokatastasis (Restoration)", Jarmusch's long tones form the echo of Van Wissem's patient, precise notes. In a few instances, such as when Jarmusch plays acoustic guitar, it can even be tough to tell these twin souls apart.
That complementary vibe is due in large part to Van Wissem's simple, sparse melodies, which leave lots of room for Jarmusch to enter and move around in. Concerning the Entrance has its moments of contrast and tension, too. On "The Sun of the Natural World Is Pure Fire", the way Jarmusch grinds out caustic noise behind Van Wissem's exploratory plucks produces a mesmerizing dissonance. Later, on closer "He Is Hanging By His Shiny Arms, His Heart an Open Wound With Love", he interrupts Van Wissem's solo playing by reciting St. John of the Cross' poetry with a cool, detached tone, sounding oddly like Thurston Moore at 16 rpm.
Still, the best moments come when Van Wissem and Jarmusch share a single musical mind. The most blending comes during the album's middle track, "Continuation of the Last Judgement". As Van Wissem devoutly spins out a lute loop, Jarmusch adds small accents, then slides into electric guitar waves that slyly bend around Van Wissem's cycles. Here, the duo's capacity to find interlocking patterns feels infinite, making "Continuation" the best possible title. You can imagine these comrades spinning their wordless yarns long after the album ends.