When Shall This Bright Day Begin 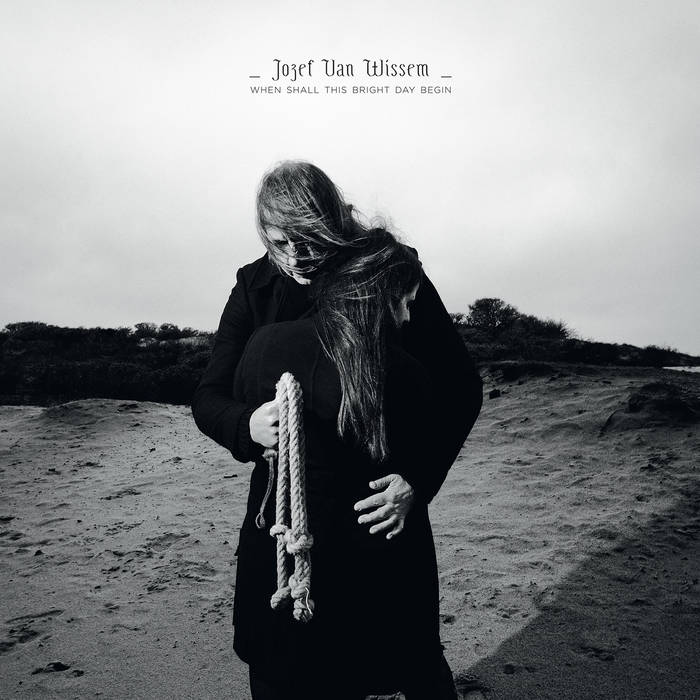 In an interview with the Quietus back in 2014, Jozef van Wissem claimed that his goal was to bring the magical sounds of the lute to a wider audience. And the missionary tone of that piece hinted that the lute has unlocked something in Van Wissem's creative psyche over the years. A steady stream of solo and collaborative LPs over the past decade or so - around two a year - is testament to that. This new record, therefore, (like 2014's It Is Time For You To Return, on Marc Hollander's Crammed Discs label), is just the latest chapter in what is undoubtedly a life's work.

Given the man's extraordinary output, is it fair to wonder whether one van Wissem long player is like another? Well, yes and no. His collaborations and film scores often feel more open to suggestion and seem to boast a sense of dark glory (witness the brilliant trio of records made with Jim Jarmusch). For the purposes of this review, however, we should say that the new record certainly feels more gnomic than It Is Time For You To Return. And where It Is Time… boasted open-hearted tracks like 'Invocation Of The Spirit Spell', with Soapkills' Yasmine Hamdan, When Shall This Bright Day Begin is, essentially, Van Wissem, a lute, and an array of effects and samples given a twist in the studio. The tone on is set by the opener, 'To Lose Yourself Forever Is Eternal Happiness', which immediately sets the listener into a private world, looking out through a glass darkly. Ghostly landscapes and secret gardens are coyly suggested through the patient phrases of the lute and the shimmering treated "vocal-esque wails" that could be a pack of Rusalka calling out for their next unwitting victim. More spirit worlds are conjured up by tracks like 'The Purified Eye of the Soul is Placed in the Eternal Eye of the Sun', and 'The Ecstasy of the Golden Cross' with their use of dolorous melodies and dusty old samples (both about architecture, for some reason, an interest which crops up elsewhere). There's a dryness that inhabits this music; and listening to to these future-past musical reliquaries (especially the fragile - and aptly named - end track, 'Death Of The Ego') you wonder whether it could all crumble away if subjected to the slightest breeze.Regardless; there is also a sense of an extraordinary concentration at work. On 'You Can't Remain Here' the fizzing, tremolo notes dovetail brilliantly with the hypnotic underscoring, and Van Wissem's disembodied voice is very reminiscent of Ian Curtis; albeit Curtis as a mediaeval scholar weary from a journey through the Salzburger Alps. It takes up only three minutes of your time, but it feels like you've been listening to the riff for the past decade, such is the intense quality of the music. Brevity, simplicity, directness is the key. This simplicity can lead to a certain stasis, as heard (or felt) in 'On The Incomparable Nobility Of Earthly Suffering', which seems to delight in going nowhere in particular. It can also crash unawares into the wonderful world of pop music, as with 'Detachment', which is as bozo a pop tune you could wish for. Van Wissem's vocal line suggests that he's escaped from the Addams Family; and his repeated singing of "do you ever feel like you want to..." (relieved only by a smart change in key) is up there with Jerry Lee, or Sam Fox. The pop mood is revived with the penultimate track, 'Ruins', a collaboration with Zola Jesus that is a refreshing clarion call and another cracking tune, with Nika Roza Danilova quietly playing out a Liz Fraser fantasy (that vocal line could be off Heaven Or Las Vegas). The track is a brilliant counterpoint to the overall mood of the record.

Although each of van Wissem's releases has sonic shifts and variations of mood and tone, there is so much of his work to digest, it's often difficult to form a clear view. But maybe that is the point. To get into van Wissem's world is to surrender to the inevitability - and timelessness - of a strange music created at its own pace, and in a manner wholly of its creator's making. In this crystalline world, the listener has to cast aside any quibbles and accept what van Wissem's muse brings; often as not the feeling that they have turned into a static balloon, forever stuck to a ceiling. With that in mind, When Shall This Bright Day Begin is, as stated earlier, merely the latest chapter.- the quietus, richard foster.

vocals by ZOLA JESUS on 'RUINS' and " To Lose Yourself Forever is Eternal Happiness".